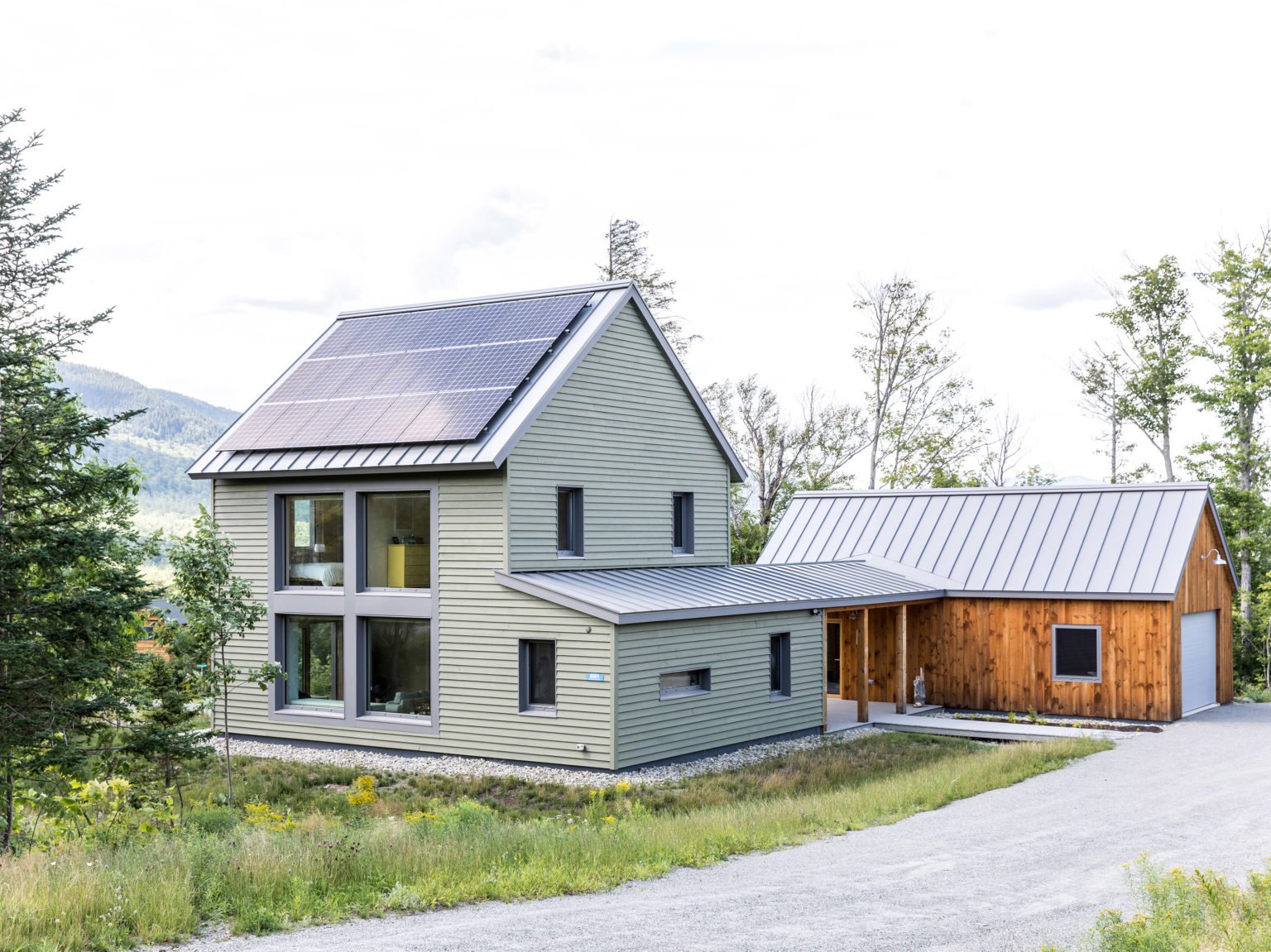 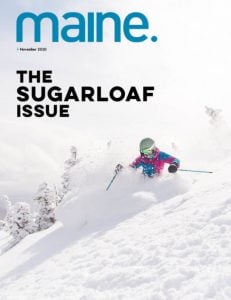 Maine Magazine featured one family’s mission to build a sustainable home on West Mountain in its November 2020 Sugarloaf issue. With tricks like solar panels to absorb the home’s plentiful southern exposure to airtight windows and doors to make sure no energy is wasted, this creative and contemporary green home is exactly what the owners wanted.

Enjoy some excerpts below from the home feature in the November 2020 issue:

Extreme energy efficiency was the Heyburns’ number one criteria. They didn’t necessarily have an architectural style in mind, so they focused on how the house would function as a system. They hired Belfast-based architecture and design firm GO Logic, which has since become two companies: architecture firm OPAL and design-build firm GO Logic. OPAL designer Alex Rosenthal started with a 1,600-square-foot predesigned home created from GO Logic’s line of semi-custom prefabricated houses called GO Home. From there, windows and doors were moved to accommodate the site’s exposure, and prefabricated panels were constructed to high-energy-efficiency standards that ensure the structure will be weather- and airtight. By building prefabricated homes, GO Logic is able to create virtual models of each design, right down to the very last stud, and generate a weathertight shell in less than two weeks.

Siting the home properly is as important as construction and design elements are when it comes to increasing energy efficiency. Thanks to its southern exposure and a solar array on the roof, the house generates more electricity than it uses. The home’s extreme energy efficiency means the Heyburns can spend more time on the slopes or on hiking trails and less time maintaining their living space. And with the addition of a breezeway and garage, built by Sugarloaf-area Backcountry Construction, it’s the perfect landing spot for any activity that the Heyburns can think up. 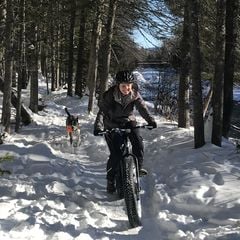 Joanna Buffum
I came to Sugarloaf in 2017 for the first time as a snowboard instructor for the Perfect Turn Ski & Snowboard School, looking to try the "ski bum" lifestyle in the beautiful Western Maine Mountains. After my first season, I fell in love with the area and decided to move here full-time and joined the team at Mountainside Real Estate as the Office Administrator and Marketing Assistant. I have a rustic camp in Wyman with my boyfriend, who was a zipline guide at the Outpost (located conveniently right next door to the real estate office, giving us excuses to have lunch together every day when we first met that summer). He comes from a long line of Sugarloafers, with his grandparents living in Stratton along Flagstaff Lake and his parents owning a chalet in Sugarloaf Village (with Deb Pierce as their buying agent). I am an avid snowboarder, hiker, mountain biker (and fat biker in the winter) and learned to kayak on Flagstaff Lake. You can usually find me somewhere in the woods with our trusty dog Balto.